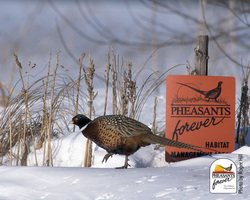 
This event has passed!

NVPF thanks all who attended, helped, and sponsored! 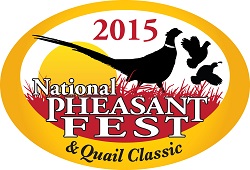 “We are very excited to be traveling back to Des Moines for National Pheasant Fest & Quail Classic 2015 after having been away for five years,” said Howard K. Vincent, Pheasants Forever and Quail Forever President & CEO. “Iowa, with its long upland tradition, boasts the greatest number of Pheasants Forever chapters in the United States, and with nearly 20,000 local members, the state is a fantastic representation of the organization’s grassroots habitat mission.”

“We are absolutely thrilled to welcome back Pheasant Fest to Des Moines in 2015. As we experienced five years ago, this event has huge impact on our economy as well as educating the public on future conservation issues affecting our natural resources. Let’s just say, 'It’s another (pheasant) feather in our cap to host again!'” said Greg Edwards, President& CEO Greater Des Moines Convention & Visitors Bureau.

“The event annually draws more than 20,000 people, all of whom care passionately about upland habitat conservation. Pheasant Fest can serve as a platform to help move the conservation needle forward in what has historically been one of the greatest pheasant hunting states in the country,” continued Vincent. The event returns to Iowa for the first time since 2010 when 20,230 hunters and conservationists from across the country visited the 3-day show at the Iowa Events Center.

Since 1985, “The Habitat Organization” has spent $45.5 million to complete 111,000 habitat projects in the state, improving more than 1.1 million acres for wildlife. In fact, $10.3 million has been cost-shared by Iowa chapters to purchase more than 732 public wildlife areas (85,638 acres) with natural resource agencies, all of which are now permanently protected critical habitat acres open to public hunting. Additionally, PF/QF in Iowa has spent over $6.8 million on youth outdoors programs to introduce more than 55,000 youth to our hunting heritage and conservation.